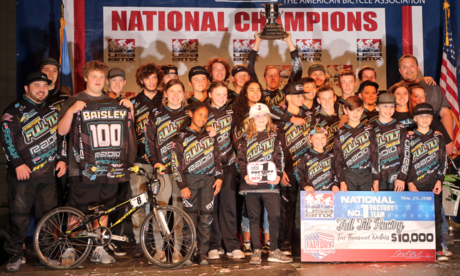 After winning the No.1 Bike Shop crown in 2016, team owner Fritz Voight lived up to his promise and turned Factory the following year. having learned the ropes in 2017 and gathering up a more powerful roster, FullTilt went on a blazing run of team victories in 2018 and came to Tulsa leading points. Aboard the new Radio bike brand, the Minnesota-based squad won their second silver Cup; only this time - it’s for FACTORY!