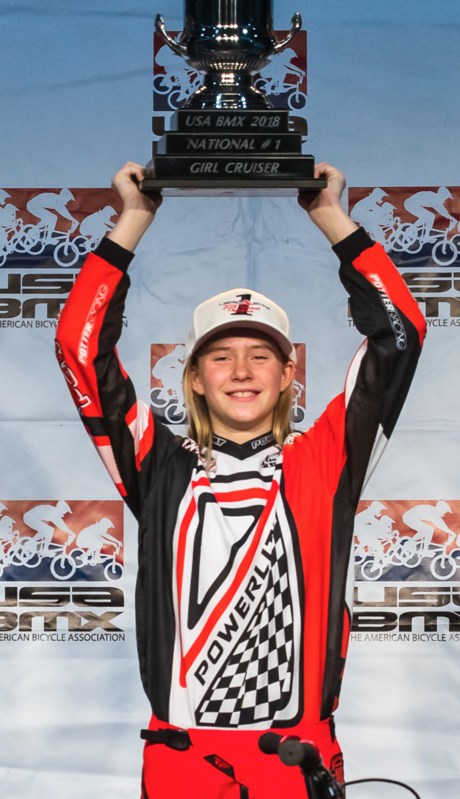 Up until now, the Anderson family was already World reknown in the sport of BMX. Richie, a 2-time No.1 Amateur from 1980 and ‘81, and his brother “Crazy” Ronnie, being 1985’s No.1 Pro. Then along came Richie’s daughter, who has been on a National and Grands winning-streak like no one else has ever done. With more triples than any other girl in BMX history, Danica led points coming into Tulsa and did exactly what she’s done all year long: WIN. Being the first 2nd-generation No.1 Champ puts another notch in the Anderson family belt - and we have no doubt that there will be more No.1’s to come for this Avalanche.