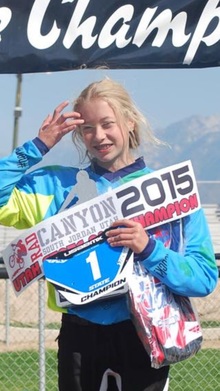 I started racing February of 2013. I decided, after talking to Sophia Foresta in September of that same year, that I want to race bikes and be just like her. I worked hard to train and never missed a practice or race after that. I set a goal in January of 2014 to get to the girls class and I accomplished that in 4 months... Read More