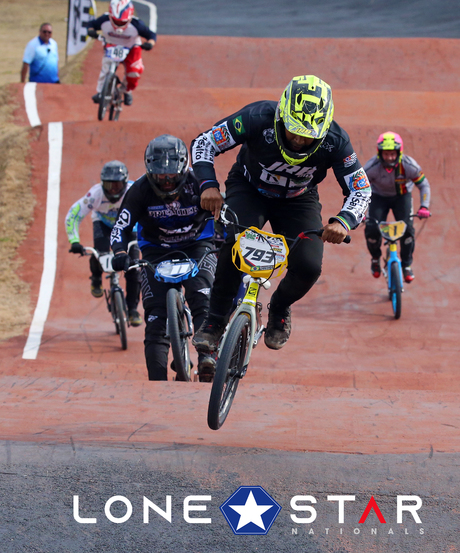 Back in the beginning of 2020, the City of Houston and their brand new, multi-million dollar venue - Rockstar Energy Drink bike park, were all set and ready to host the UCI World Championships. In fact, USA BMX had just hosted a Worlds Qualifier for Team USA, as well as a National event that helped build up the excitement for that summer's much-anticipated extravaganza.

...but then the entire World came to an abrupt stop.

At that time, the Covid-19 Pandemic was on everyone's mind when the weekend began. By the time that 2020 national ended, the whole planet quickly shut down and citizens shut in. The UCI Worlds in 2020, like all concerts and other big sporting events, was suddenly put on hold. 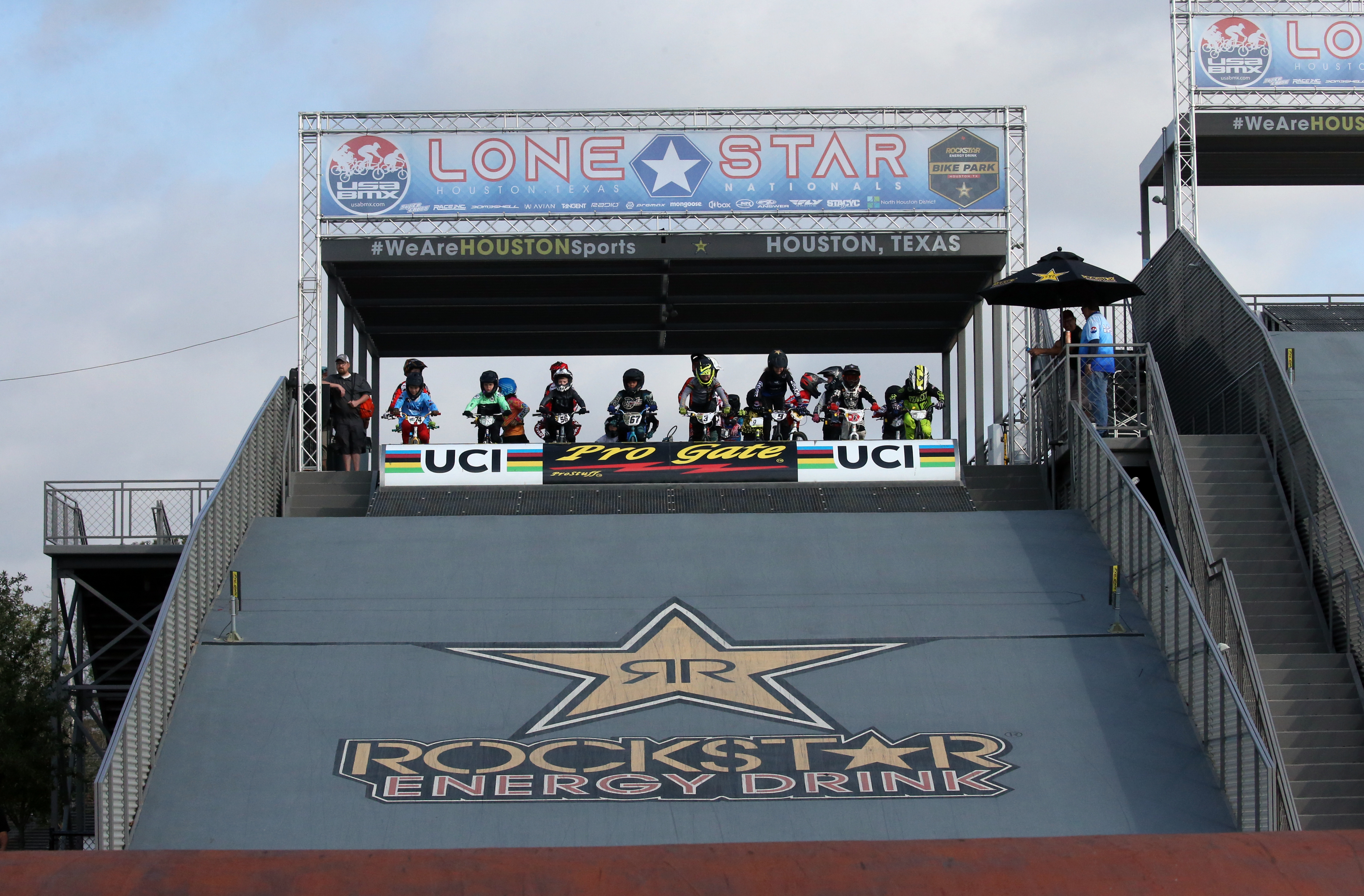 Fast-forward two years from that moment and USA BMX and the Houston folks hosted the 2022 Lone Star Nationals, following their successful re-boot in the Fall of 2021. By now, fear of the pandemic has just about died-off, most everybody is unmasked, plexi-glass barriers are being torn down and foreign countries are finally able to travel.

Yippee Ki Yay, Texas!
It's a free world again and every BMXer in every foreign land has been itching to get back on a BMX track. 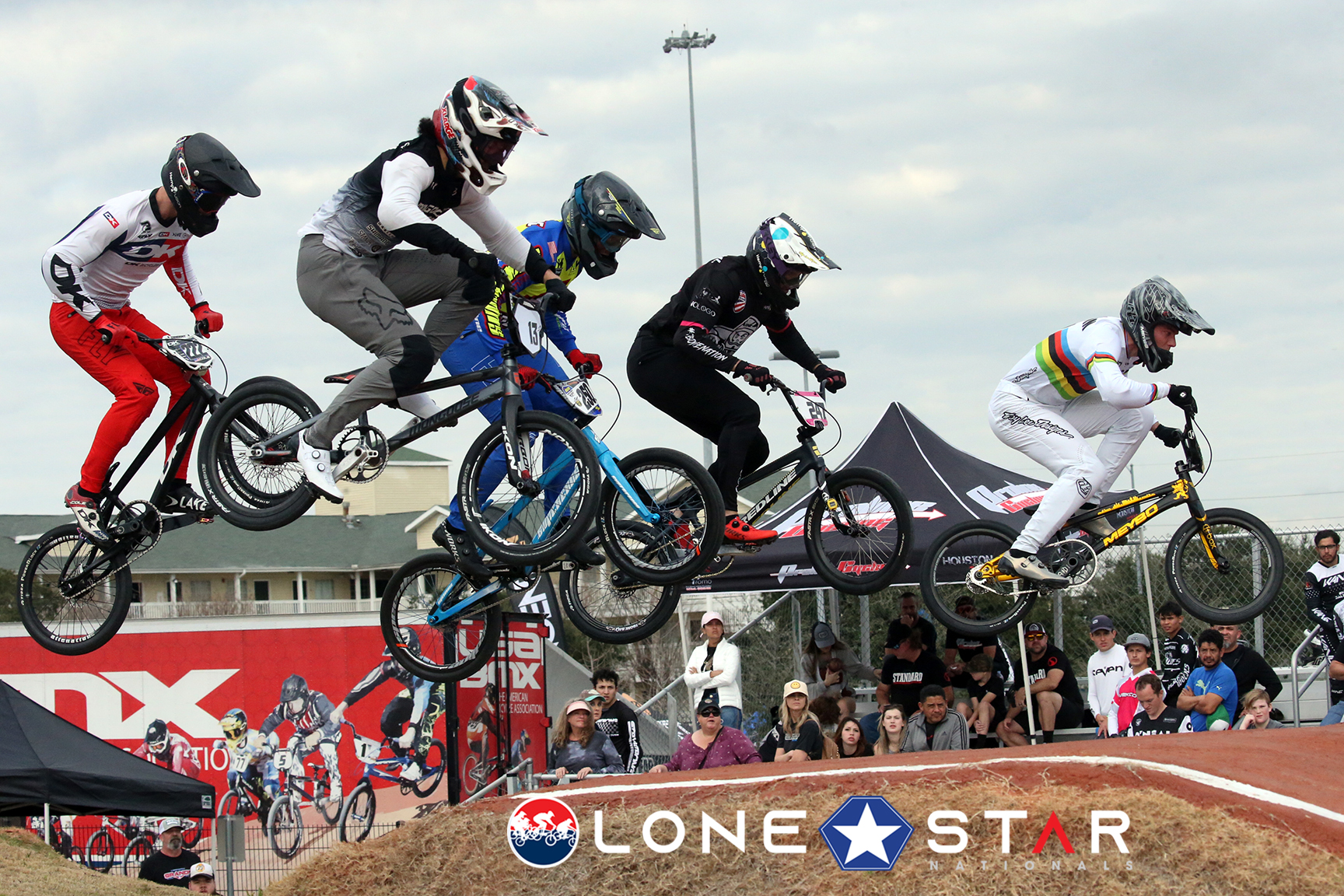 Hoardes of Euro and South American Elite pros began arriving in Houston, anticipating their chance to go off of the Big Hill. For the week leading up to this national, the entire French Foreign Legion held their U.S. Spring Training trip - which included former World Champ Sylvain Andre and USA BMX's very own 4-time No.1 Pro Joris Daudet, who'd recently cashed-in on his California real estate and moved his family back to Bourdeau, France.
Then coach & trainer Masa Sampei and his 8-person Japanese squadron made an appearance. Swiss' Simon Marquat, who trains at the UCI HQ, showed up on his Wia-Wis. And the Netherland's reigning Olympic gold medalist and World Champion Niek Kimmann, and fellow Dutch Olympic medalist Laura Smulders, arrived.
Australians brought out their best - including Kennedy, Turner and McLean. As always with a Big Hill race, the South American contingents - from Equador to Colombia, came out in full force.
...even the Canadians were allowed to cross the border without being sneaky.

With so many countries in attendance for 2022's Lone Star nationals, this weekend seemed as if it were ...

THE WORLDS THAT COULD'VE BEEN. 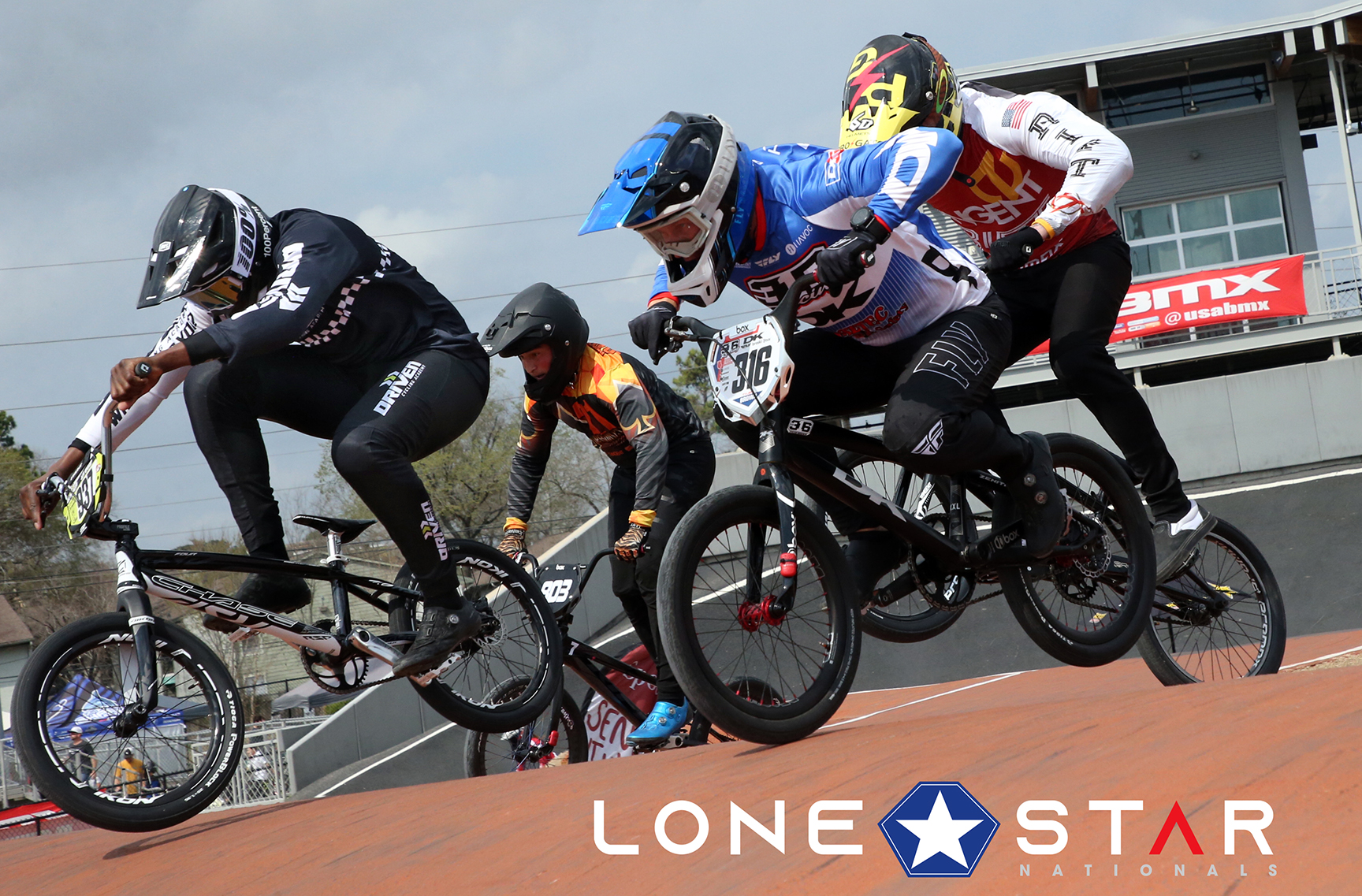 The big question on our mind was - due to recent injuries, does the USA have any Pros who can hang with these fast Foreigners?! Connor is still mending from his Olympics crash, Bucardo is injured (again) from a training incident. Felicia and Alise are both healing up from their recent bails.
Fortunately, we do have a healthy Corben Sharrah, Kamren Larsen and Cam Wood. Right now, these three dudes are America's best hope for a main or podium.

The answer to that first question, as it turns out, was "barely."

In Friday's main, Larsen and Sharrah made the final - but then proceeded to take eahother out in the first turn. On Saturday, Daylight's Corben Sharrah was the only American to make the big show - and while he had his moments of glory throughout the weekend, nobody was going to catch the Dutch Gold medalist this weekend. Niek Kimmann owned the Elite Men. For Niek, his biggest worry would be the fast Frenchmen (plural) or mighty Aussies.

The country count in Saturday's main event was 3 Frenchies, 3 Aussies, one Dutch champ and one American Olympian. Here's how they finished: 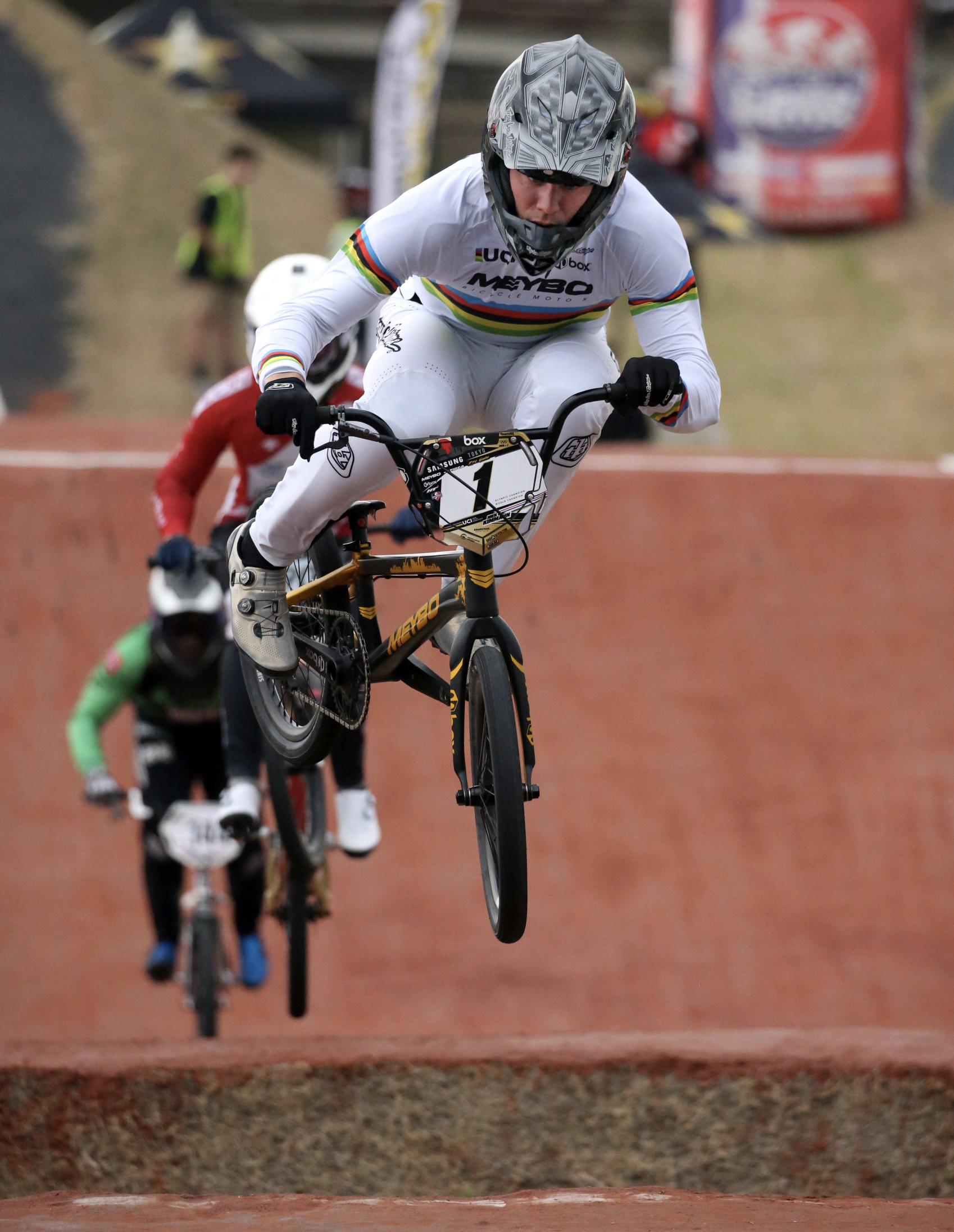 Above:: Niek Kimmann owned Houston and is stickin' around America until Rock Hill's Carolina Natls.

In the Womens league, early signs in practice looked as if this could be Lauren Reynolds' weekend. She was FLYIN'!  Then, during motos, Canada's Molly Simpson (Daylight) showed solid signs that she could score the win. But come main-time, Dutch bronze medalist from 2016 - Laura Smulders, knew when to turn on her turbo boost. Impressively, the Japanese gals, who were powerful in sheer numbers, were looking consistent and seen making their mains.
Without Alise or Felcia (both on injured reserve), Americans Daleny Vaughn - your Grands winner, and rookie pro Mackenzie Gayheart were our greatest hope for a podium position.

After the Saturday night's Pro show, former ABA No.1 Pro Christophe Leveque - owner of Chase Bicycles, made a rare FB post about "Where are the American Pros?" ...knowing well that his own Americna pro that he sponsors, is still sidelined from Tokyo.
But the French former-Champ did make a good point: Who will be the Future of American BMX Dominance? Who will be the next Connor Field or Alise Willoughby, after they retire? Will it be Larsen or Wood? Will it be Vaughn or Gayheart?
Only time will tell.

Right now, we are seeing a Changing of the Guard - and the opprtunity is ripe for the next American Superstar to step things up. Perhaps our next BMX superstar is a guy like Drew Polk, who showed his promise by winning Super-X Open and Sunday's new-for-2022 UCI U-23 Class.

If you ask me, I'd have to reply to Chrsitophe, that right now, right this minute, Drew Polk is Our Future.

When you come to Houston, we highly reccomend that all Vet Pros put on their bug spray.
Afterall, Rockstar Energy Bike Park is Mosquito Territory. 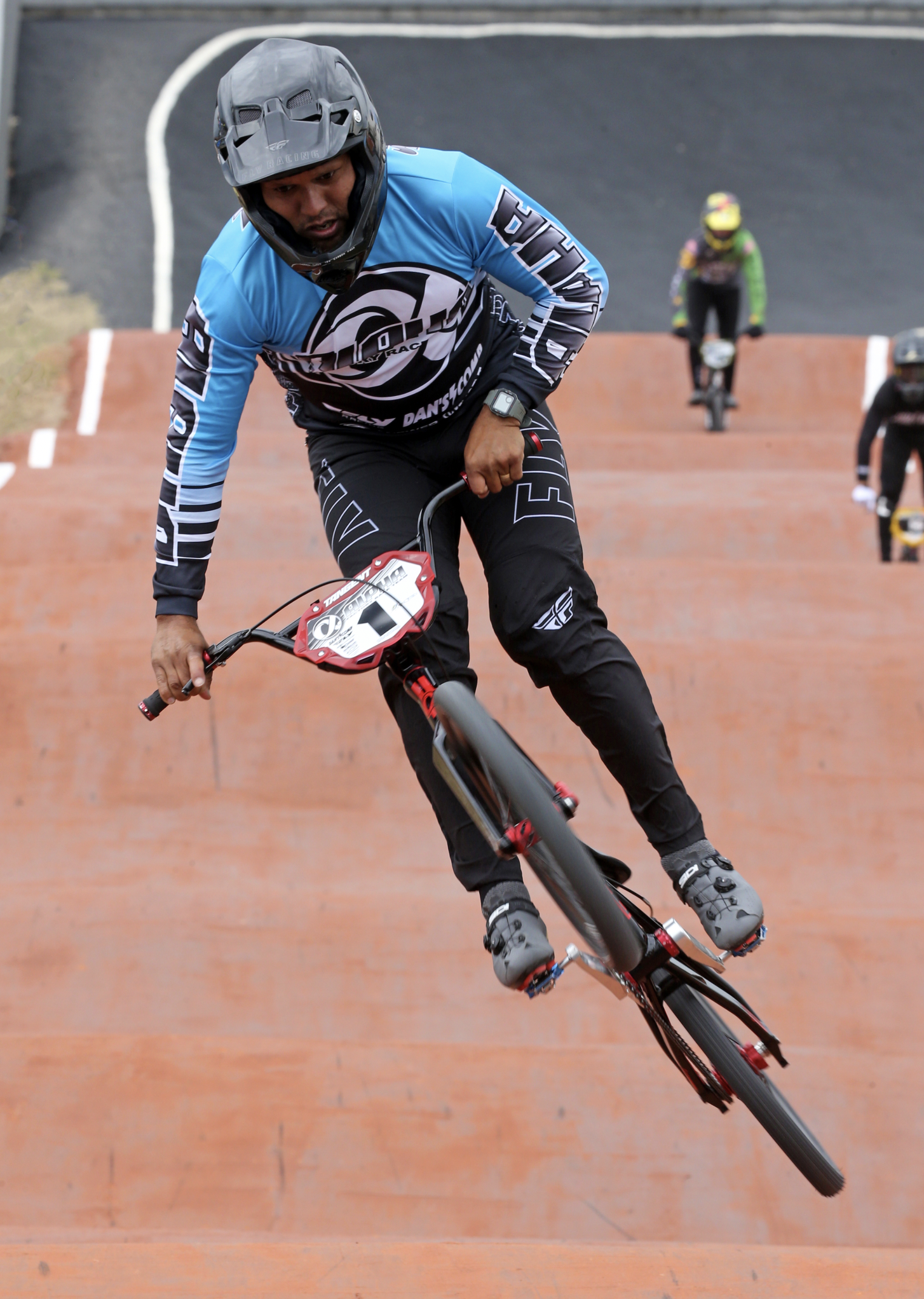 Reigning National No.1 Vet Pro Jonathan Suarez calls Rockstar Bike Park home these days and helps coach and train all of the locals. Judging by the cheers from the sidelines every time his name was announced, you can tell he is loved by everyone in Houston.  Maybe its because, at age 40, he is still killin' it in the Vet class - whuppin' up on fellow Vets who could be ten years younger.

This weekend, the other big hitters in Vet - Barry Nobles, Big Jeff Upshaw and TB#316, were all on hand to attempt a win against the latest PULL magazine cover-boy. But Suarez knows this track well and he wasn't about to be defeated on his home turf.

...and congrats to the Pivot-Man, Shaun Chandler, for making the move up to the Major Leagues - and making his first Vet Pro mains.

Amateur action off the 5-meter "little kid hill" (as Shannon Gillette likes to call it), brought just as much excitement. Any time we have these super-high, super-wide first turns of a Super track, there's plenty of room for moves and passes; sometimes getting riders 3-deep as they exit the corner.

Amateur riders - whether they are Novice or Expert, boys or girls, on a cruiser or 20", you just never know what to expect.

Supercross' Josh White could attest to that. He's another kid who seems like he grew about a foot taller since Grands, and it's impossible to not see him on the track with his high-Viz neon yellow highlighter SX frame. On top of that, the dude's loftin' every jump with style to spare. 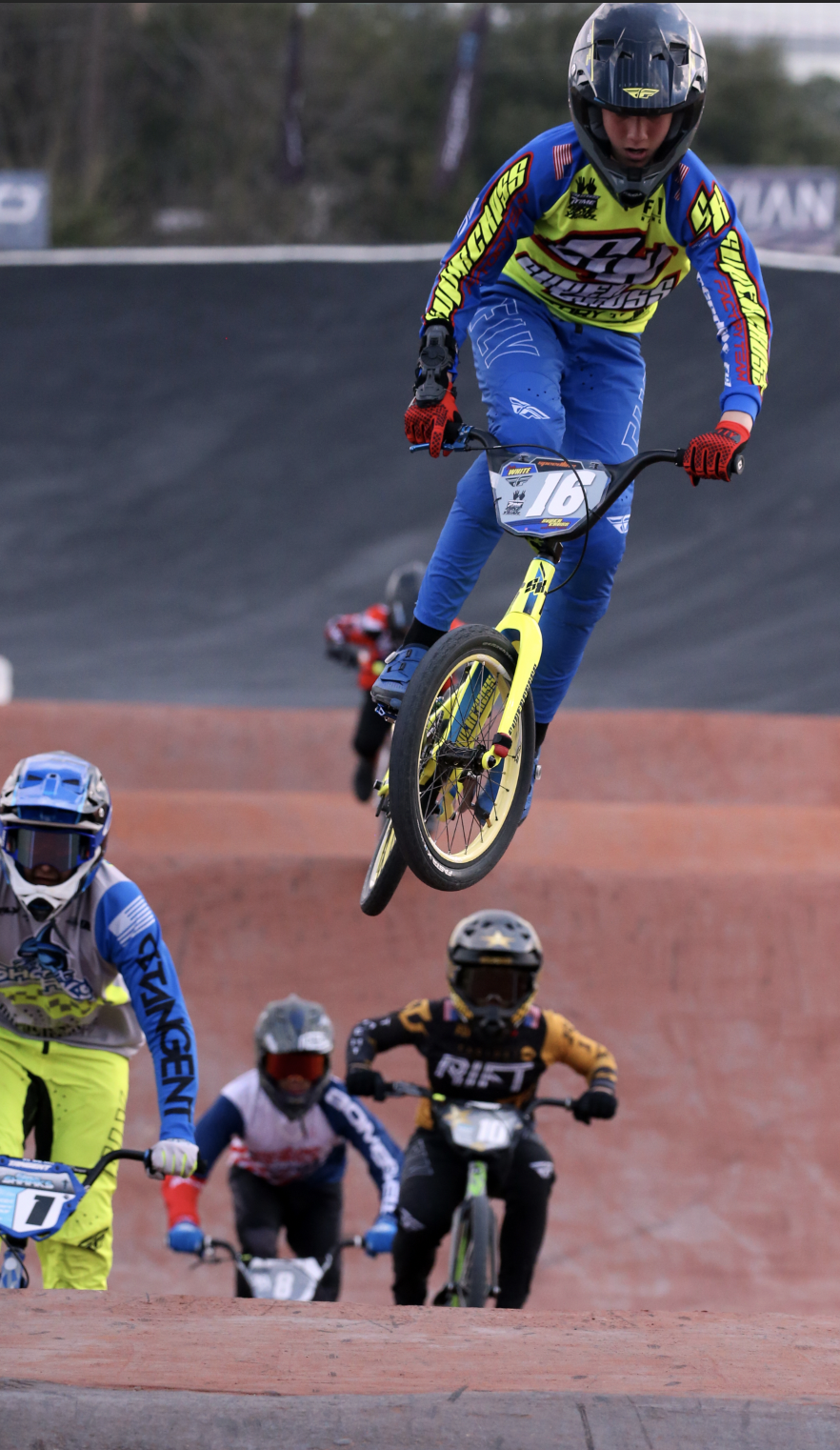 On Friday, in his first moto, White wa leading like usual, but caught the wrong groove down the last straight, and took a abrupt sideways whip-to-somersault all by himself - in the lead. It looked pretty gnarly and could've easily ended his weekend early. But he came back for round two and recovered his rhythm on to the mains.

Come main time, the rest of the weekend, White came out on top of 14x.

Another racer who we haven't seen in some time - since the pandemic hit, is Australia's Tommy Tucker. The "kid" - known for having a undefeated World Championship streak, is now a 17-20x and still rides for Full Tilt-Radio. Just a few years ago, Tucker was a foreign contender for the No.1 Amateur title (along with his fellow countryman Kye Affoo). All of the Aussie lock-down time looked as if it'd made him a bit rusty, but he got back in the swing of things by main-time. Getting thrown in the toughest class in all of BMX, 17-20x, could've also been a factor. 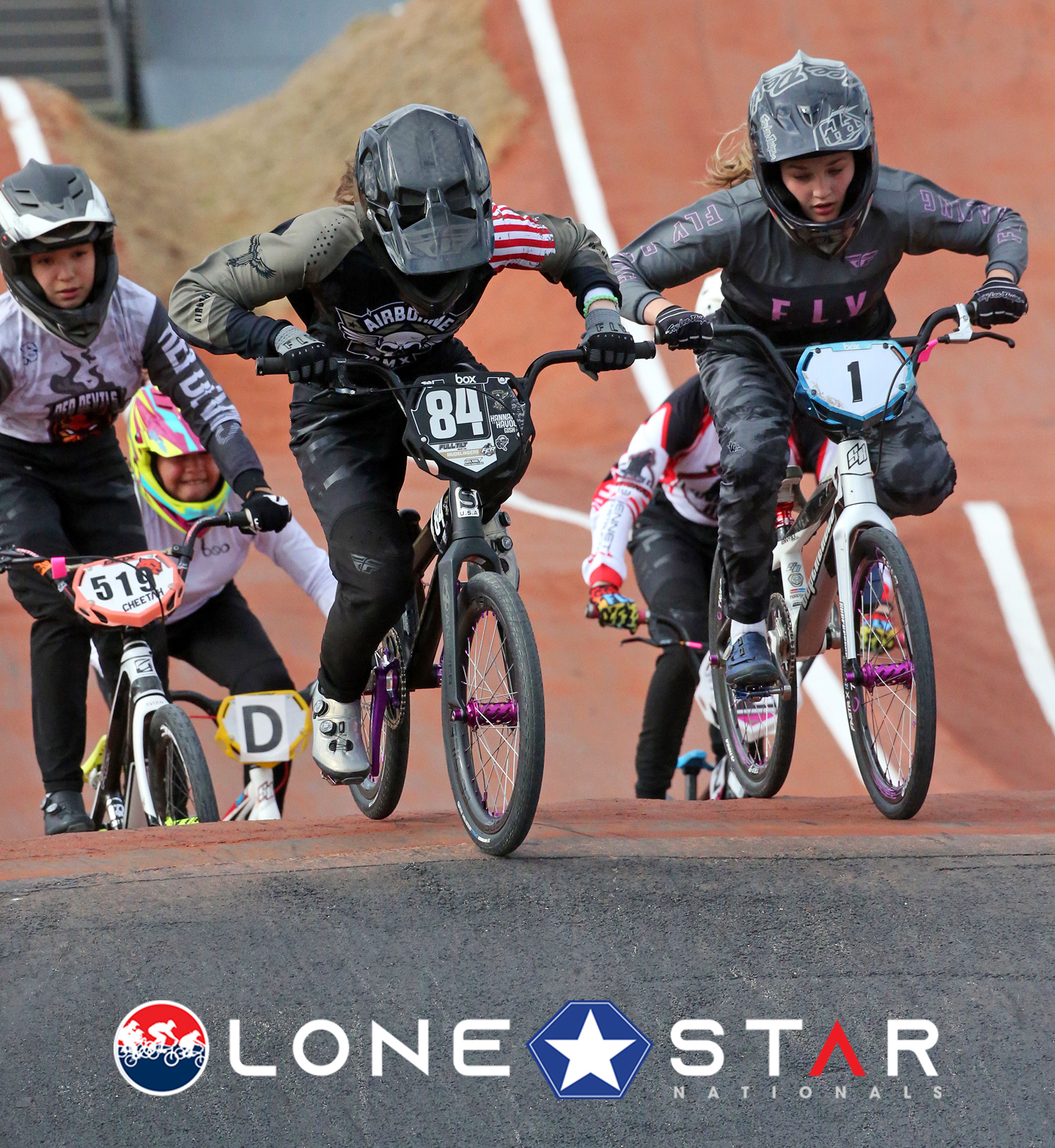 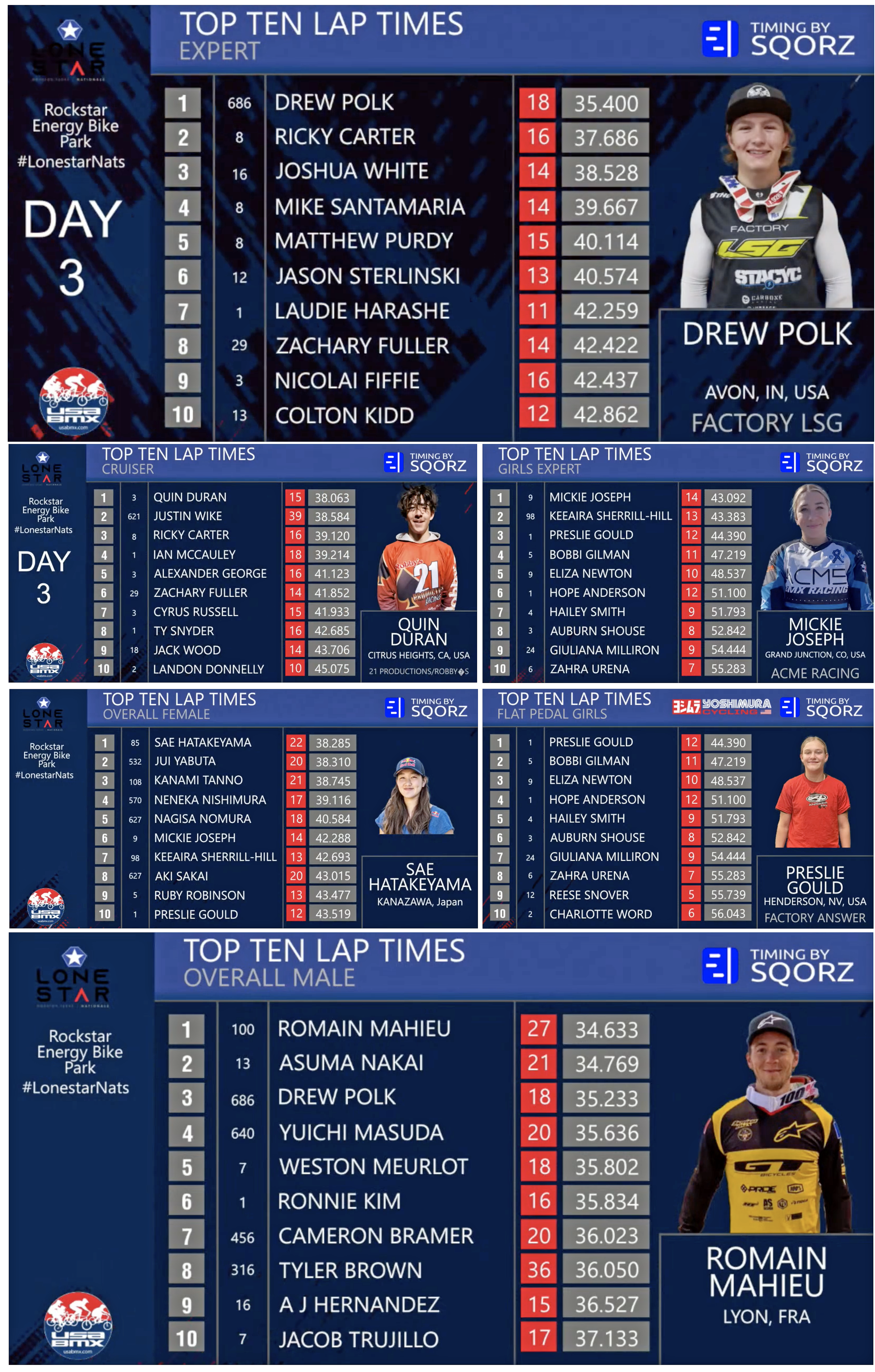 If you haven't participated in the SQORZ Lap Time system at a USA BMX national, you're missing out. It is open to all participants - all you need is to purchase a $15 transponder (available at USA BMX Registration or at a participating SQORZ track).
The SQORZ Timing System is set up at every national, as well as some of the top BMX tracks in the country. It provides you with your personal times down the first straight, to the first turn, at the half-lap and your overall lap time - and you can see how your times compare to others thru the USA BMX lap.

At the Lonestar Nationals, France's Romain Mahieu turned in the fastest lap-time a 34.633. For the women, Japan's Sae Hatakeyama scored the fastest lap out of all the ladies.

A special thanks to new track operators - the Hill family (Nicci & James and kids), for pulling off another exciting weekend of BMX Racing in Houston. It took a whole lot of volunteers and coordination to make this year's Lone Star nationals the "Worlds that Could've Been." 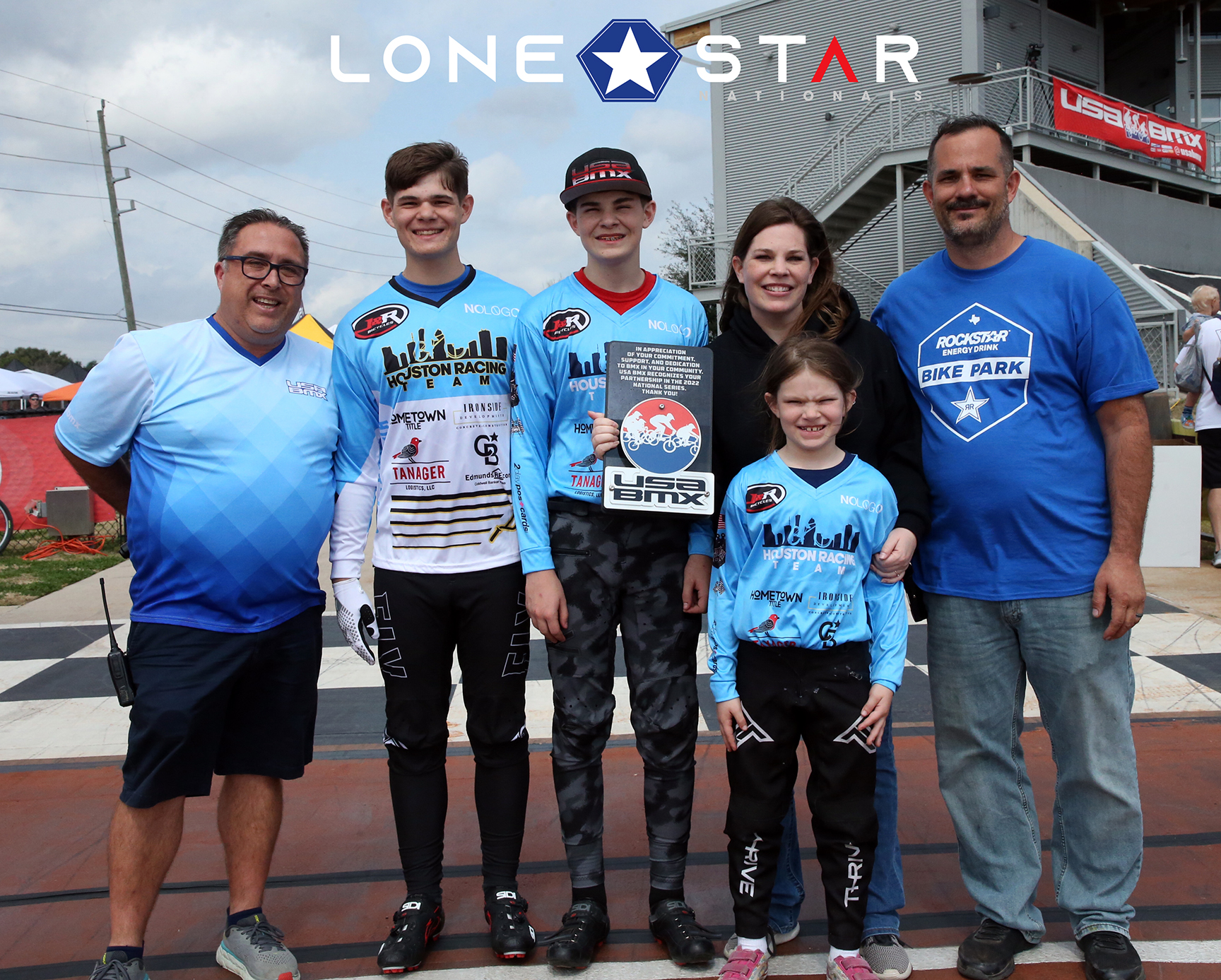 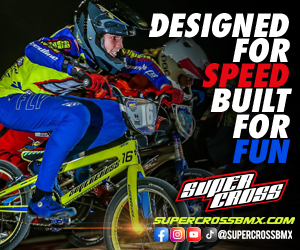 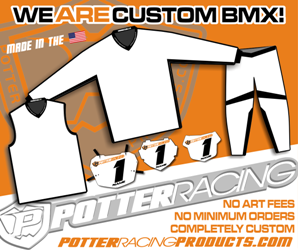 To create or renew your membership, please sign in to your account or create a new account. If you are purchasing a membership for someone under the age of 18 please create an account for yourself first.
Login with Facebook
Login with Google
Forgot your password? Put in your email address here and we’ll email you a link to change your password.
An email from [email protected] containing instructions to reset your password has been emailed to you.