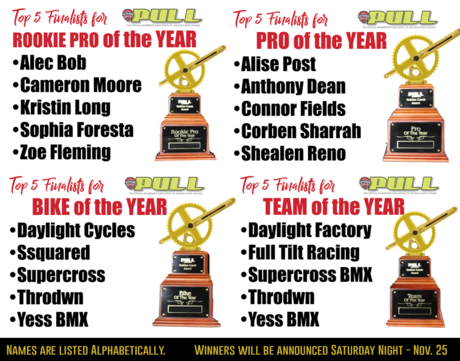 After thousands of PULL magazine readers and USA BMX and BMX Canada members cast their votes, the Top-5 Nominees were revealed and announced ahead of the Grands.
They were (listed alphabetically):

Top-5 Finalists for ROOKIE PRO of the YEAR

Top-5 Finalists for PRO of the YEAR

Top-5 Finalists for TEAM of the YEAR

Top-5 Finalists for BIKE of the YEAR

As seen earlier on Facebook LIVE - the PULL magazine / USA BMX staff chose the winner of the Grand Prize - a GT Speed Series frame and fork. (And yes, you Podcast'ers out there, the GT carbon forks blend quite nicely with the headtube on the GT frame!) and the winner was: Bob Plummer, from Minnesota  ...who also just happened to be watching from work (and had even predicted to his co-workers that he would win it).

During the 2017 Pro Championship Finals - held on Saturday night - November 25th, the World got to find out which of these Top-5 would score a Golden Crank Award. 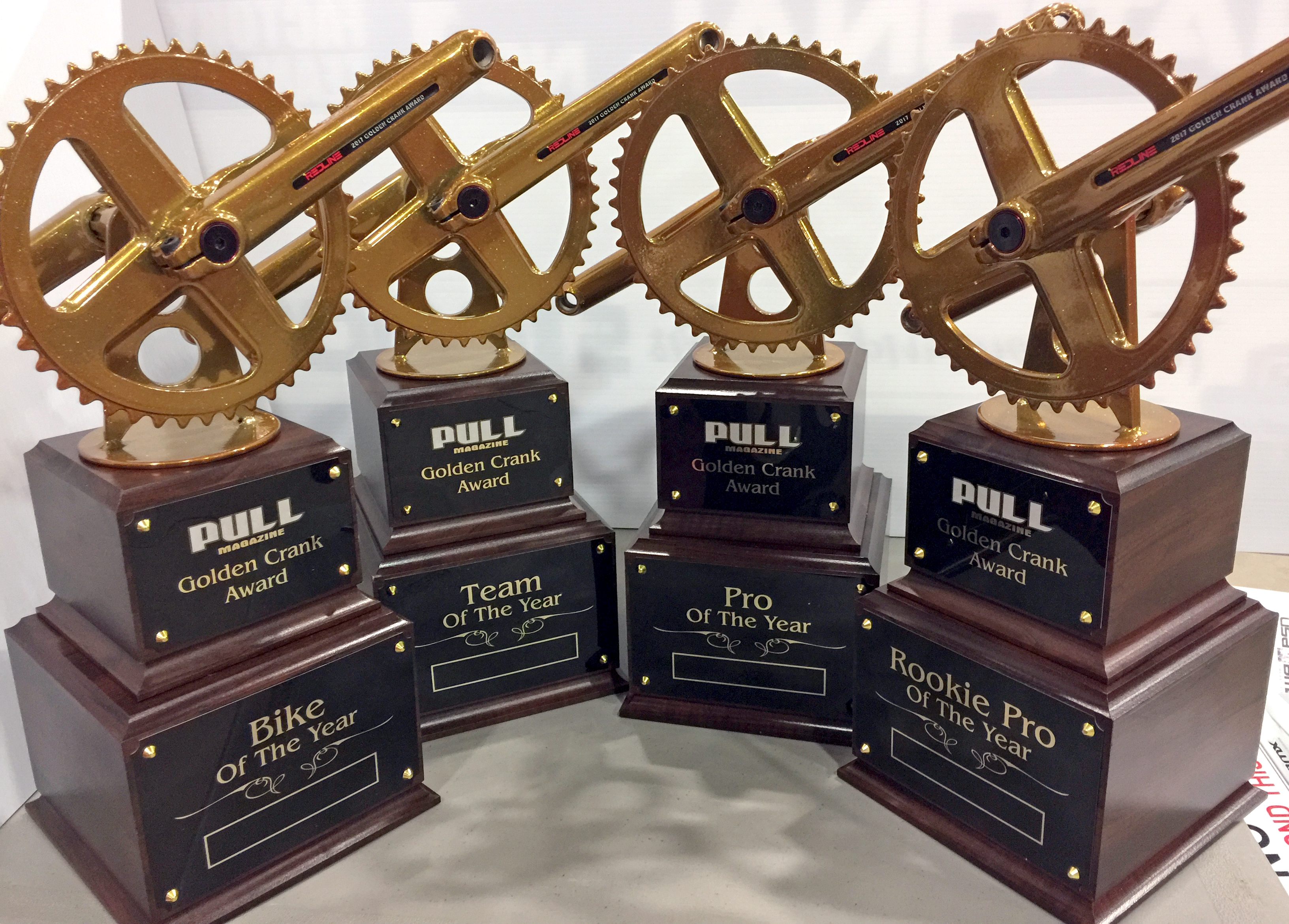 This year (and the next two), the Golden Cranks are being brought to you by Redline Bicycles, with customized Flight cranks. Thanks to Profile Racing for the last three years; the Golden Cranks have become way cooler over the past few years!