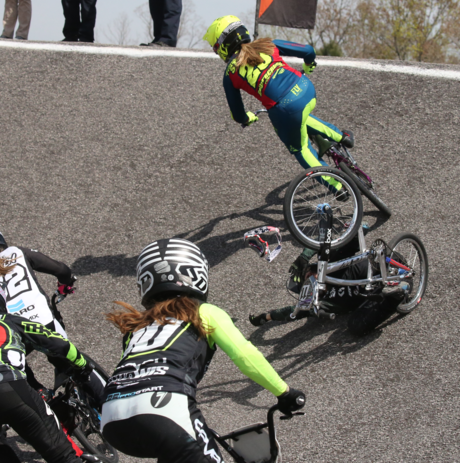 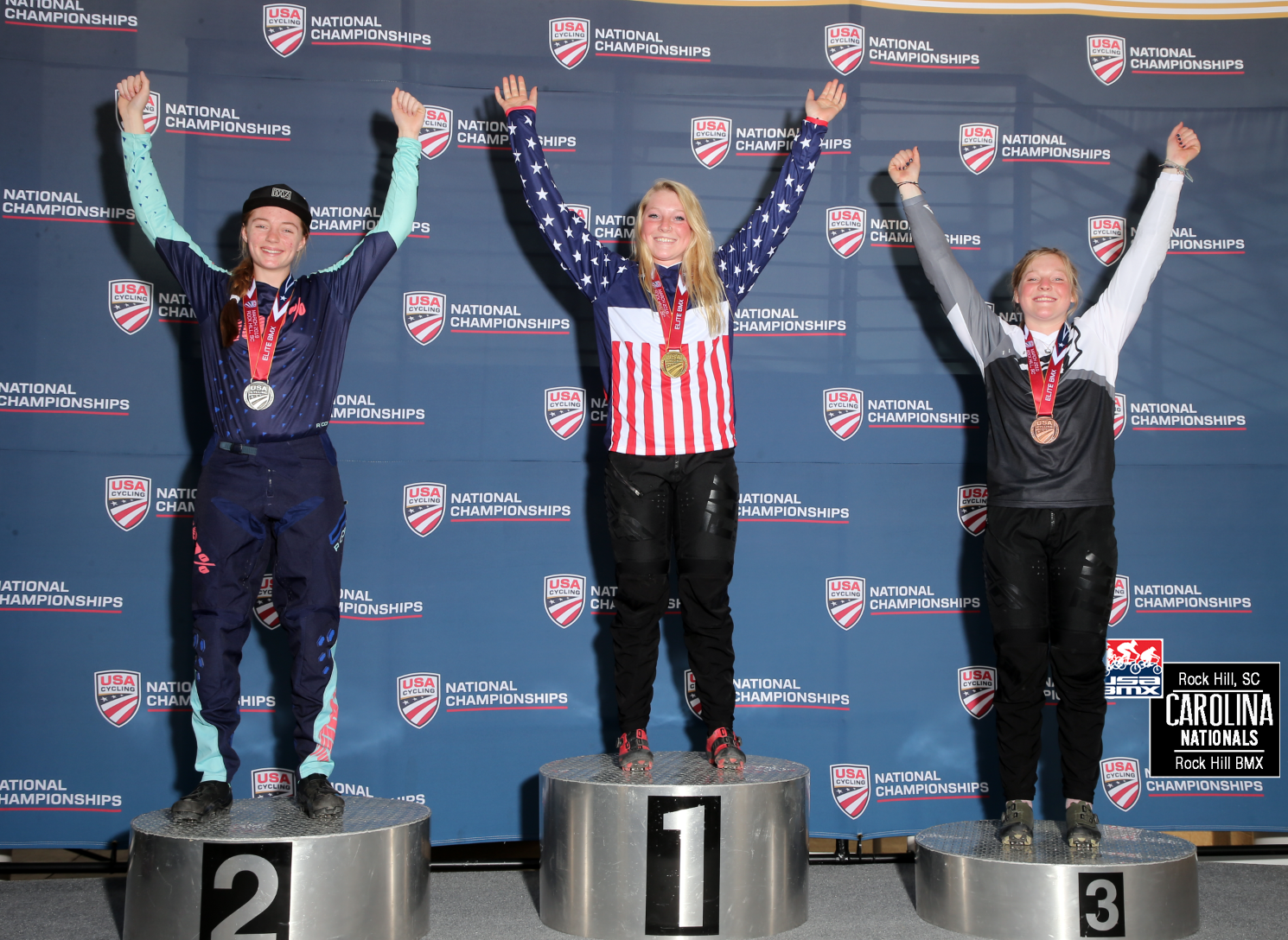 In the Junior Women’s category, the winner was calculated at the end of the three motos* for total points. The podium was a family affair with sisters Emily and Ashley Hayes (Colorado Springs, Colo.) earning first and third places respectively. Payton Ridenour (Pottstown, Penn.) took the silver medal to round out the podium. 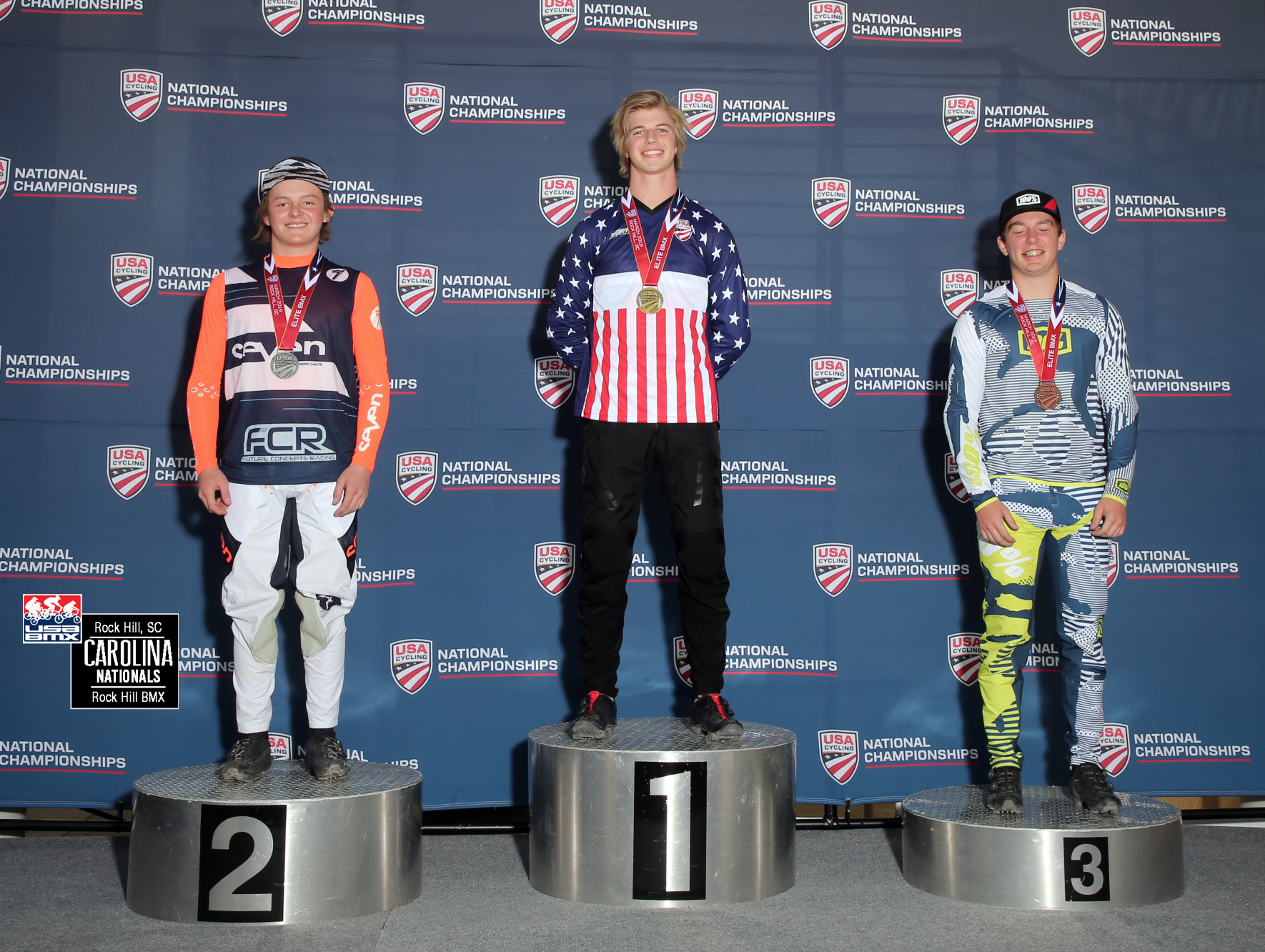 For the Junior Men, Spencer Cole (Palm Harbor, Fla.) made his comeback after recovering from a broken wrist and ankle at the end of 2018 to win the National Title. Darian Toureene (Fort Collins, Colo.) and Cameron Mason (Huntersville, N.C.) took silver and bronze respectively. 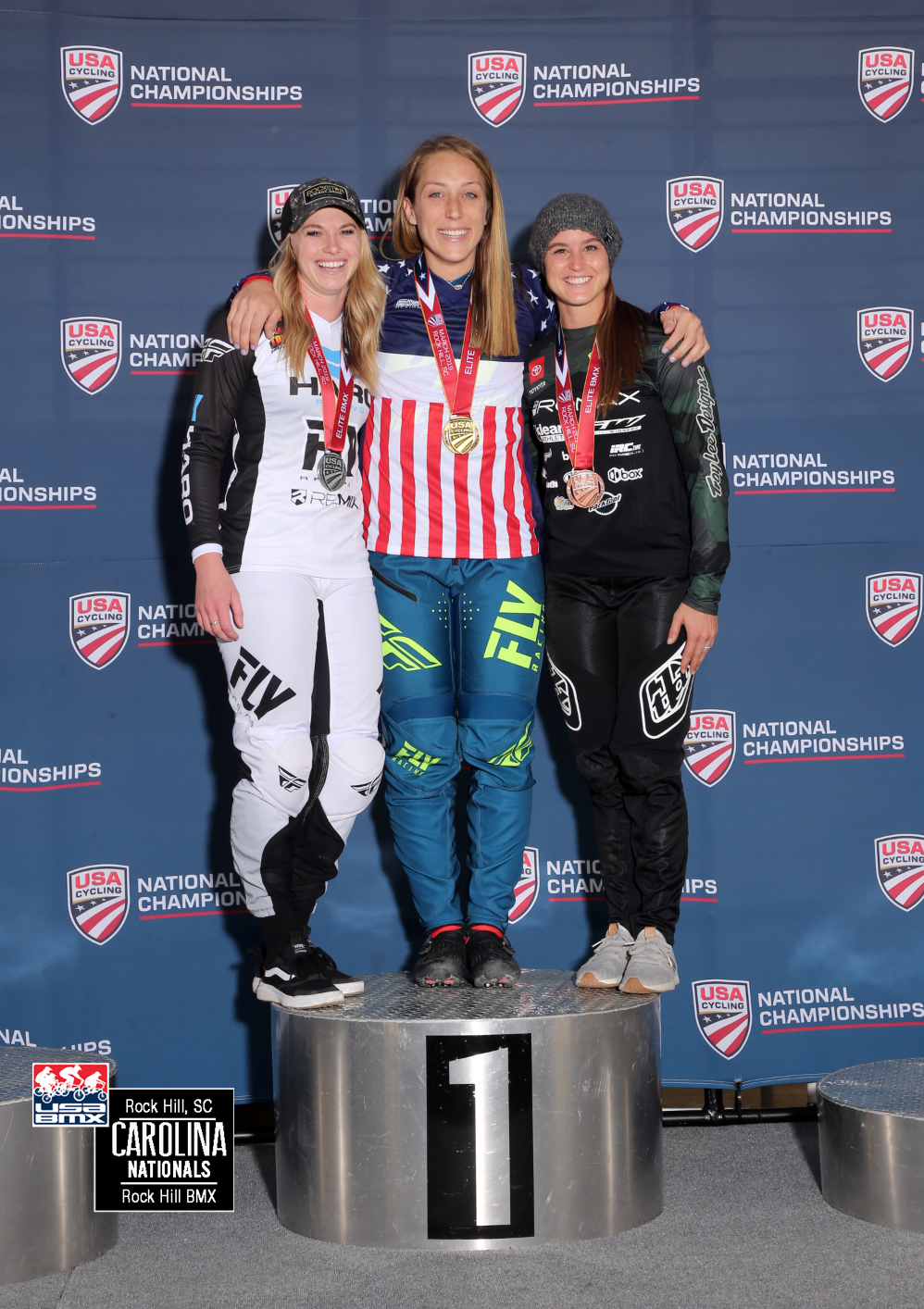 For the first time since 2011, we saw a new face atop the podium in the Elite Women’s Category. Felicia Stancil (Indianapolis, Ind.) won gold. Brooke Crain(Visalia, Calif.) took second after winning the first moto and placing second and third in the following motos. 8-time National Champion Alise Willoughby (Chula Vista, Calif.) fought back from a crash in her first moto to win her second moto and place second in her third to claim the bronze medal.

“I felt really strong out there,” said Stancil after her win, “I got first, first and second in my mains and was able to come away with the win. I feel really strong now that the World Cup season is about to start. I had a great off-season and am looking forward to a great year.”

Although Willoughby did not have the day she was hoping for, she is optimistic about the future for herself and Team USA for BMX heading into 2020. The 2016 Olympic Silver Medalist said, “I think between myself, Brooke, Felicia and some of the other riders, we have a strong chance at qualifying as one of the top countries and sending the maximum number of women to the Tokyo Games.”

In the Men’s Elite Category, Corben Sharrah (Tuscon, Ariz.) proved to be untouchable. After winning all of his motos, he came out of the gates in his main ahead and never looked back, securing another National Title. Jeremy Smith (Dayton, Ohio) placed second and Jefferey Upshaw (Dayton, Ohio) placed third. 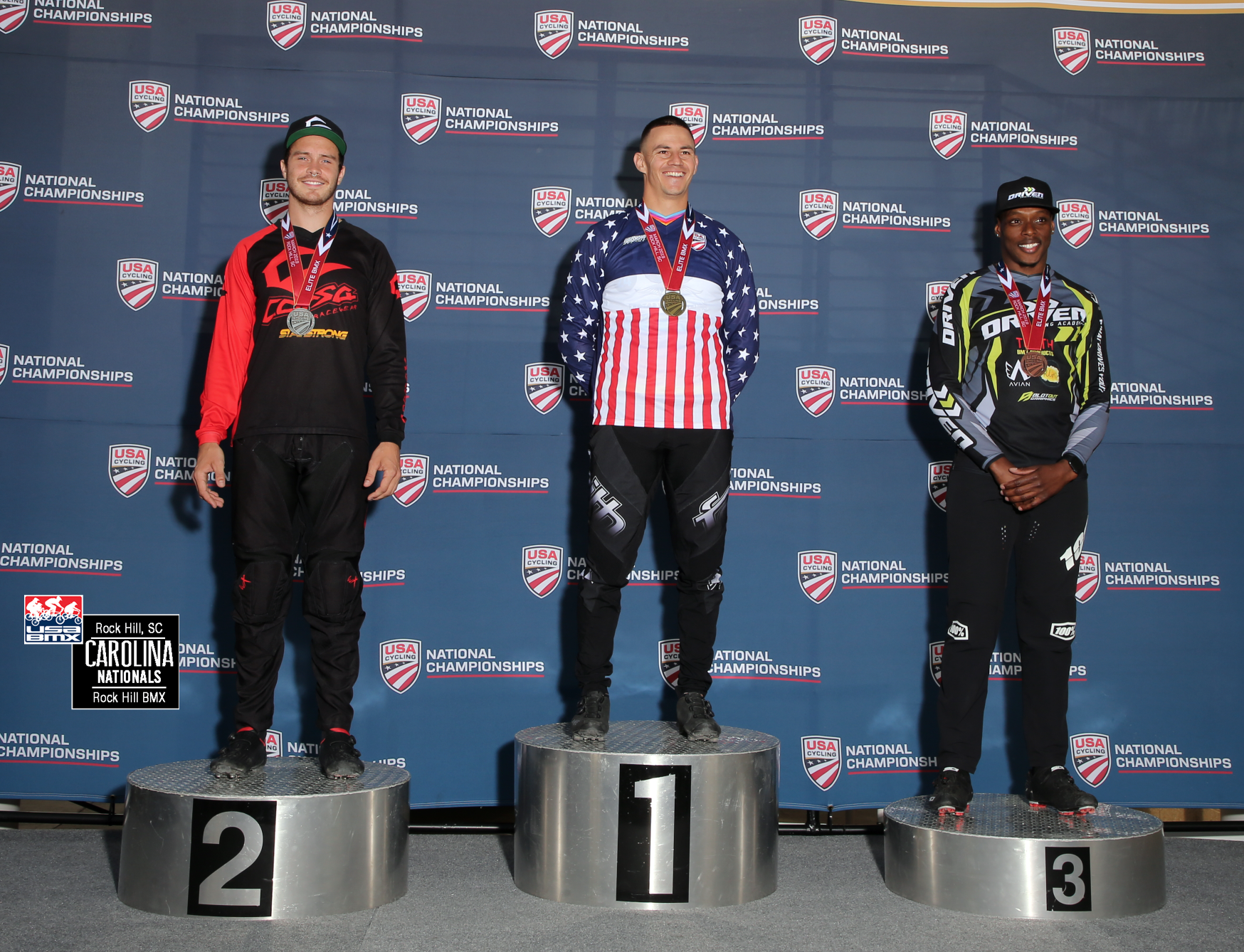 Visit USACycling.org for more information on athletes, events and membership programs. Follow @USACycling across all channels for the latest on Team USA.

*In BMX racing, the term “moto” is used for qualifying rounds and the term “main” is synonomous with final. In some instances, depending on the size of the field, they will race three motos and calculate the winner based off of points instead of running a main.

USA Cycling is a proud member of the Union Cycliste Internationale (UCI) and United States Olympic Committee (USOC). Within the United States, USA Cycling is the national governing body for the sport of cycling and oversees the disciplines of road, track, mountain bike, cyclocross, and BMX. With a mission to develop the sport of cycling in the United States and to achieve sustained international racing success, USA Cycling supports cyclists at all levels, from those just beginning in the sport and participating in fun rides to seasoned professionals. The organization not only identifies, develops, and selects cyclists to represent the United States in international competition, but also supports amateur bike racing through grassroots development programs and the provision of critical infrastructure to run organized racing.

USA Cycling is headquartered in Colorado Springs, Colorado, and will celebrate its 100th anniversary in 2020. In 1920, the organization began as The Amateur Bicycle League of America and evolved to become the United States Cycling Federation in 1975 and ultimately USA Cycling, Inc. in 1995. USA Cycling’s 100,000+ members are comprised of racers and cyclists of all ages and abilities, coaches, officials, mechanics, and race directors. 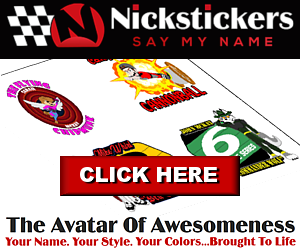 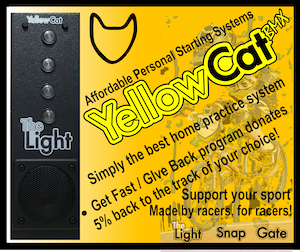