Louisville – Track Rebuild in Preparation for the Bluegrass Nationals 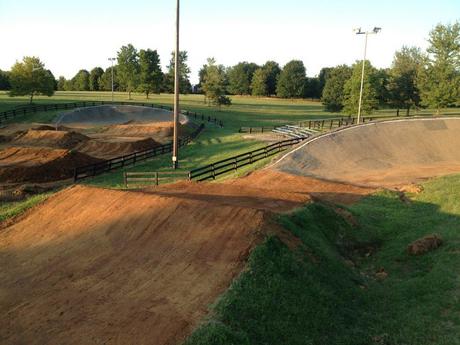 Louisville – Track Rebuild in Preparation for the Bluegrass Nationals

First straight- the table-top is now a step-up, the triple step entering turn 1 is now a double.

Second Straight- the jumps have all been touched up and beefed up.

Third Straight (Pro Side)- All the jumps have been increased in size.

Third Straight (Am Side)- The double out of turn too has been modified, the second jump which was a table-top is now step up, the third jump (double) has been changed to small table top and the last jump into turn is now step up.

Last Straight (Rhythm Section)- This has been completely torn down and rebuilt to create a rhythm section, which has multiple options.

By all accounts the changes are awesome and enjoyed by riders of all skill levels.  Derby City BMX is working tirelessly to have the track nice and smooth for the big event.

Don’t forget to grab a room at our Host Hotel.  Space is limited so please reserve early before time runs out.