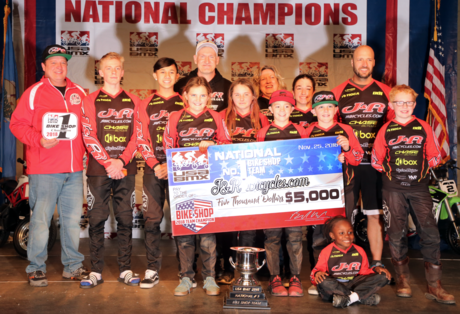 From 2010 to 2015, J&R Bikes had won the National Championship for bike shops. Last year, they gave it a go in the Factory division, only to have many of their top-guns stolen by other teams. For 2018, they decided to re-group and return to what they do best. After a tight race against the BMX Sharks, J&R inked their name in the record books with their seventh No.1 Championship.