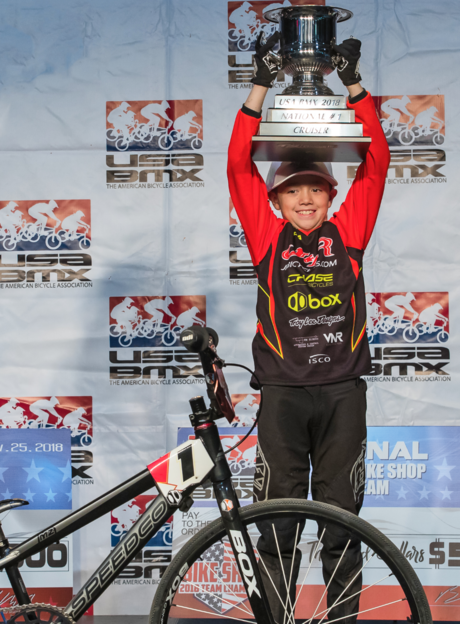 Traditionally, the Cruiser Cup has swapped back and forth between the young guns and old farts.  And coming into the 2018 Grands, it looked as if the No.1 plate would return to the old dudes. But nobody told J&R’s Hayden Passanisi that. He’d dominated the 8 & Under cruiser ranks all year long and had positioned himself at the top of the Cruiser point standings. As expected, Passanisi won his main, but the Cup wouldn’t be his until the outcome of 41-45 cruiser was decided. Give the San Diego area credit for yet another No.1 Champion.